On July 23, at Auburn University, two groups launched centers of excellence in additive manufacturing aimed at accelerating R&D, standardisation, and innovation in that field, also known as 3D printing. 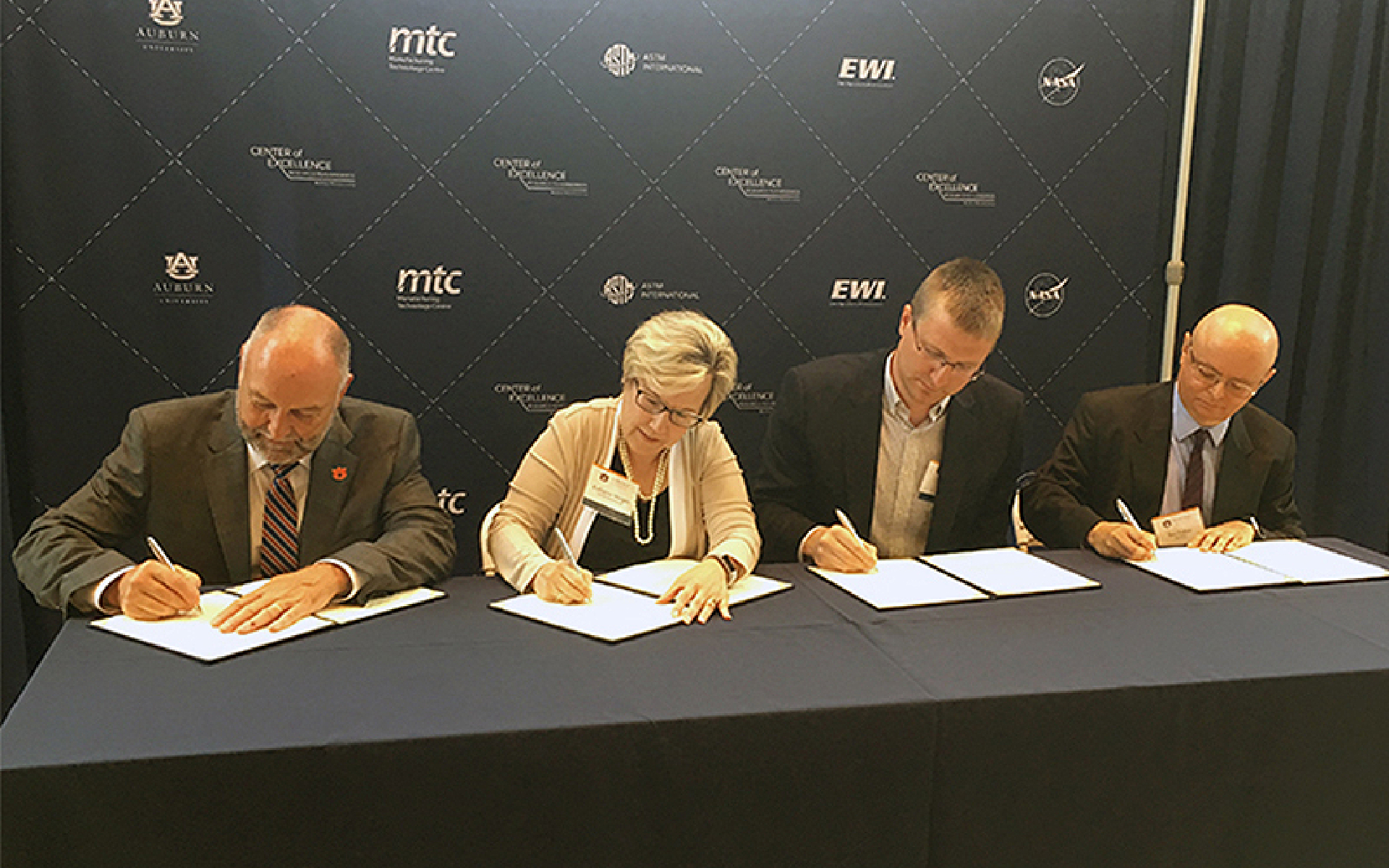 ASTM International President Katharine Morgan said, “The synergy among EWI, MTC, Auburn, and NASA will help fill the gaps in technical standards that this industry needs to drive innovation. As a result, we’ll empower industries that are eager to apply additive manufacturing to aerospace, auto, medical, and more.”

AMCOE’s advisory board comprised of U.S. and international public and private sector leaders met for the first time today while other meetings involved R&D as well as education and workforce development teams. The events come on the heels of AMCOE’s international launch on July 13 at the MTC where European industry and government officials gathered to celeberate this initiative.

Auburn University President Steven Leath said, “Auburn is committed to growing research, solving real-world problems and establishing partnerships that support these transformative initiatives, such as our thriving additive manufacturing program. By investing in skilled researchers and first-rate facilities, we aim to drive additive technology forward and unleash its full potential. We look forward to continuing to work with our industry and government collaborators.”

Auburn University is in the final stage of renovations to the Gavin Engineering Research Laboratory, which will in part house additive manufacturing research funded through the centers.